Automotive Parts Replacement. Why did the part fail? 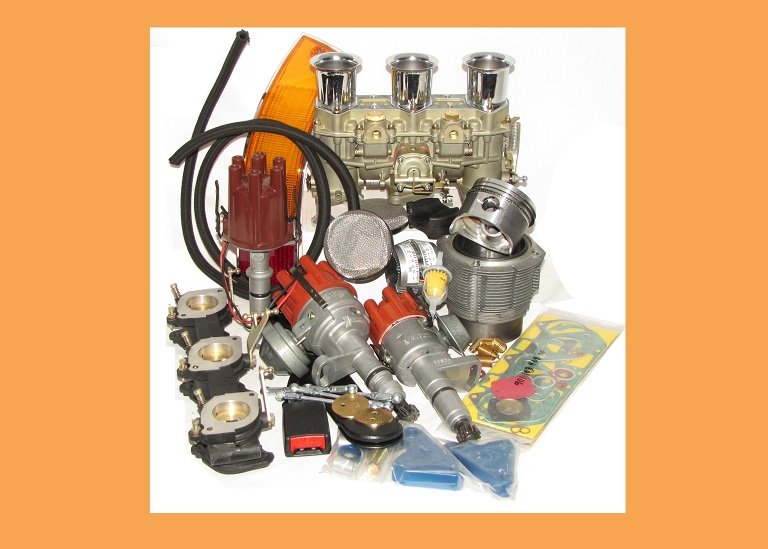 Replacing parts is a normal event for any car owner. As parts wear out and begin to fail, they will need to be replaced. However, often parts are being replaced without understanding why. Understanding why the part failed is an important part of repairing the car.

If a part has just worn out because it is a mechanical part that is subject to wear, then that’s Ok right? Well maybe, it’s still important to understand the system that the part is involved in and its roll in that system. This is where understanding how an automotive system works is an extremely important part of automotive repair. Just replacing a part when a failure occurs doesn’t always mean that the vehicle has been repaired. Often the mechanic is just replacing the symptom and not actually fixing the car.

Get the big picture before replacing parts

This is where we, the mechanic needs to look at the big picture. How does the system work and what part of the system failed and how do we fix it right the first time. In the picture below the main bearing bearings are showing irregular wear across all the bearings. Some bearings have heavy wear, and some have none. The engine in question had been rebuilt by an unknown repairer some time ago and was suffering from multiple oil leaks and obvious signs of poor repairs.

In this case the cause of failure was not just one thing. Instead, it was a combination of items that lead up to the final failure. When the engine was assembled the repairer used the wrong sealant which resulted in leaks and lubrication contamination. When pieces of the sealant broke off, they blocked some oil passageways which restricted oil flow.

They also did not perform the necessary machine work on the engine case and the crankcase main bore had distorted over time. This caused the main bearings to be in direct contact with the crankshaft instead of floating on a bed of oil. It also accounts for the abnormal wear across the bearings. The lubrication contamination did not affect the main bearings in this case however other systems throughout the engine were affected.

Now if we just replaced the main bearings and cleaned the incorrect sealant out, the engine would still not be right. That’s because the main tunnel is still not straight. Though the engine will start and run and will most likely have good oil pressure, it will still not last for very long. Only by repairing the engine correctly will the repair last and knowing why it failed in the first place is an important part of that repair.

Mechanical issues are usually easier for most mechanics to understand and repair. However, when it comes to electrical issues many shops and mechanics struggle. This is often because you can’t see the electricity and if you touch it often it bites. A lot of the time mechanics don’t understand how the system actually works; all they know is it is just like magic.

Electrical parts do not wear out like mechanical parts. Now some items like relays or switches that have a mechanical aspect to them will wear out and need replacement. However, parts like ignition coils and CDI boxes that have no moving parts really don’t wear out. Sure, they can become less efficient over time, but rarely will they wear out. Often these parts are replaced with little or no testing before or after the part is replaced.

Most of the time when one of these items fail it is due to other factors or defects in the system. Because of the lack of understanding of electrical systems, many times incorrect parts are installed on the car. Though these parts will physically fit often they are not compatible with the overall system. This means that a failure is bound to happen because the overall system is now out of specification. The other issue is that often the failure is not immediate and can take time before a component fails. Then most of the time the failed component is blamed and another installed and the cycle continues.

To avoid this endless cycle the mechanic working on the car needs to completely understand the system being worked on. They need to understand what each component in the system is supposed to do and if it breaks down what is the likely effects of a partial or full failure. Today we also face more issues when working on old cars, the availability of the correct parts and the age of old parts installed on the car can all play a factor in how the cars run.

When a new part is installed the complete car as a whole needs to be inspected and make sure everything operates as it should. Mechanical systems need to check that they are within the correct operating tolerances, including any connected systems. Electrical systems should be checked using an oscilloscope to make sure that all signals are correct and within the design tolerances.

Replacing parts is not a valid test method and should not be done. When a vehicle has a failure all of the information is right in front of the mechanic. If the mechanic is good at their job and really knows the car then they will be able to determine the cause of failure very quickly. A mechanic that just swaps parts in the hopes that it will fix the car is not doing themselves or the car any favors.

In the case of a failed electrical part, there is a large possibility that the test part can be damaged by installing it into a compromised system. There is also a chance that by just moving the wiring harness an intermittent short or open circuit can be changed. This leads the mechanic to think the car is fixed by the part swap when really the problem is elsewhere.

The answer is to know the system you are working on. Learn how it operates and what the individual components of the system are. Correct diagnosis and repair should not be just a best guess. It should however be based on solid facts backed up by thorough testing and validation.

Kurt Donohoe has had over thirty years’ experience in the automotive field. Starting in 1988 working for a BMW dealership, shortly before securing an apprenticeship with a Porsche Dealership. Kurt completed the Porsche apprentice training program and was awarded Porsche 2nd year apprentice of the year out of all the Porsche dealers in Australia in 1990. Kurt has founded two automotive repair shops specializing in German automobiles, specifically Porsche. He also founded a Porsche online parts warehouse and has designed and engineered several replacement parts for Porsche vehicles. Kurt is currently working on his latest venture for training mechanics and owners on how to repair vintage cars.
PrevPreviousUnderstanding Ignition Timing and it’s effect on your engine.
NextCarburetors or Fuel Injection, Which is Better?Next

6 thoughts on “Automotive Parts Replacement. Why did the part fail?”