Carburetors or Fuel Injection, Which is Better? 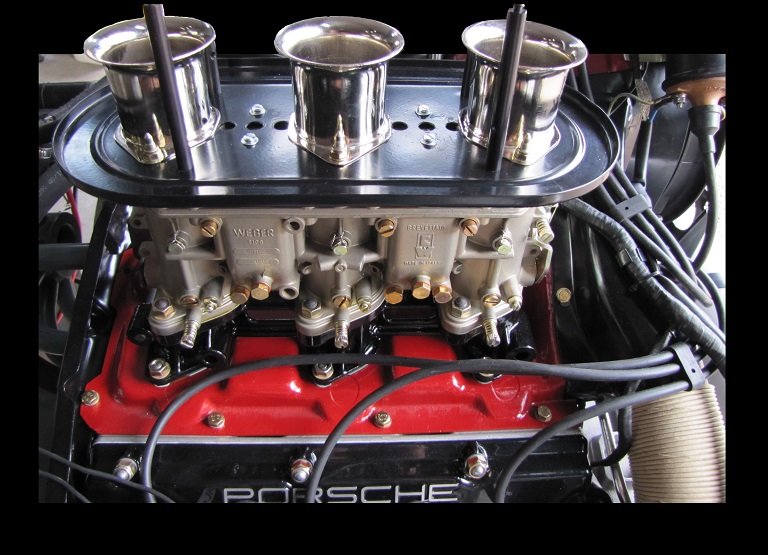 For years I have seen many people taking off the factory-delivered fuel injection systems and installing carburetors. Most of these people believe that they are going to make more power with the carburetors. But is this really true? In this article, I look at the pros and cons of this popular swap.

By 1973 all Porsche models were fuel-injected going forward. In the 1973 ½ models we saw the introduction of CIS fuel injection. CIS, (Continuous Injection System), is a form of mechanical fuel injection, though less complicated than the MFI systems. Instead of using a mechanical injection pump to atomize and inject fuel into the engine, it uses a high-pressure electric pump to deliver fuel to the engine. The CIS system is much easy to tune without all of the moving parts of an MFI system.

Advantages and disadvantages of fuel injection

Fuel injection has a number of advantages over carburetors. The main one is that the method of controlling the amount of fuel injected into the engine is far superior to carburetors. This along with temperature and load responsive controls make it far more efficient and drivable than carburetors.

One big disadvantage of fuel injection is that it is difficult to modify. It also requires more specialized tools to be able to work on the system effectively. For the home mechanic, this means a limited amount of service they can do themselves. If you modify to increase displacement, compression, and or cam profiles that require more fuel it can be difficult to change the fuel curve.

As a lot of these cars got older and the value of the cars dropped, we started seeing more people installing carburetors. This was for a number of reasons, the cost of repairing the CIS system can be high, not having the skills or the tools to repair fuel injection, and perceived performance gains. As time went on, I started seeing more people calling carburetors a “Performance Up-grade” rather than just something they were more familiar with.

Unfortunately, though most of the so-called performance upgrades turned out to be a performance downgrade. Everything in the engine is designed around the fuel injection system. The piston design, cam profiles, camshaft timing, and the ignition system with the use of ported and manifold vacuum systems are all designed around using fuel injection. When someone installs a set of carburetors onto the engine and makes no other changes to it, they are taking a huge back step in performance.

Carburetors are relying on the vacuum to draw in fuel and hope that it will mix with the incoming air as it moves through the manifold and ports. The camshafts designed for fuel injection have a larger overlap between the intake and exhaust lobes. This makes for better cylinder scavenging and filling, but also results in low intake manifold vacuum signals at idle. The vacuum signal is somewhat smoothed out when using a single intake plenum. When you install a carburetor these same pulses will adversely affect fuel delivery and low-end performance.

The ignition timing curve in the distributor is designed around the engine’s mechanical requirements. The ignition requires the vacuum signals from the intake system. When switching to carburetors usually the only thing that remains is the mechanical portion of the curve. This means modifying the distributor to try and compensate for all the missing vacuum inputs. When modifying these distributors there are never quite the same as using all the vacuum controls.

The only perceived advantage of using carburetors is the ease of adjustment for different operating ranges. It is easy for an individual to change the calibrated parts of a carburetor to alter its performance for different applications. However, to do this well also takes skill, experience, and patience to get everything right. There are also more moving parts to the carburetor systems, this means more maintenance and adjustments are required.

Just because a fuel-injected system is harder to modify, it doesn’t mean that you can’t modify it. If the base engine configuration comes to a point that it requires a different fuel curve, you can do it. It just requires a specialist in that area to set up correctly.

In my opinion, sticking with the fuel injection system is a much better choice than using carburetors. Yes, the upfront cost can be a little more than carburetors, however, the end result is so much better. Once a fuel injection system is set up, it maintains its tune longer. The engine will produce more power consistently throughout all the operating ranges. This leads to better fuel economy and drivability.

We do love carburetors, and all the work involved with them, but they are not the fix you need.

Kurt Donohoe has had over thirty years’ experience in the automotive field. Starting in 1988 working for a BMW dealership, shortly before securing an apprenticeship with a Porsche Dealership. Kurt completed the Porsche apprentice training program and was awarded Porsche 2nd year apprentice of the year out of all the Porsche dealers in Australia in 1990. Kurt has founded two automotive repair shops specializing in German automobiles, specifically Porsche. He also founded a Porsche online parts warehouse and has designed and engineered several replacement parts for Porsche vehicles. Kurt is currently working on his latest venture for training mechanics and owners on how to repair vintage cars.
PrevPreviousAutomotive Parts Replacement. Why did the part fail?
NextThe Automotive OscilloscopeNext

18 thoughts on “Carburetors or Fuel Injection, Which is Better?”