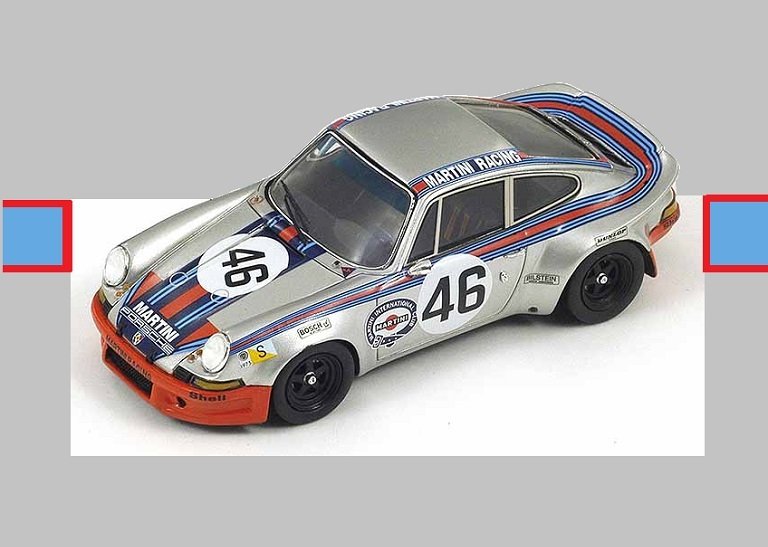 Porsche has a deep history with racing and race cars. They were able to develop a large range of vehicles based on their racing experience and has been producing race cars since the 1950’s. Many of these cars were made available to the public, or at least those that can afford them. However, is it really practical to operate some of these cars on the Street?

Porsche was involved in many different types of racing. Often the rules of the class required that a certain number of cars be manufactured/sold for that car to compete. This meant that Porsche often would make available cars that were designed specifically for the track. Now some of these cars still went straight to racing teams but a some of them ended up with collectors or euthenists of the brand.

These cars resembled current production street models, though heavily modified. The engines were modified to produce more power and suspension systems modified to suit the designed application. The body styling was often more aggressive looking to accommodate wider rim choices. The trim package inside the cars were sparse to none, compared to a street car.

Race cars on the street

The problem is that most of the “RS” or “RSR style cars were set up to go fast. They weren’t designed for stop signs and traffic signals. Many of them were set up for specific tracks or specific types of racing. This meant that engines were often tuned for a particular RPM range. Suspension systems were firm and low to the ground. This really makes these cars not practical to drive on the street.

A racecar usually only has to meet one design parameter. A race car is set up for a specific event. It will be warmed up and has a team of mechanics standing by to keep it going. The engine and driveline can be completely overhauled after each race. The engine tuning is only really efficient and drivable at the higher RPM ranges and is usually matched to the gearing and the event being run.

Street cars in comparison to a race car are like night and day. There are the obvious changes like a complete interior, a higher ride height and different body styling. Also, the engine configuration and setup is different. In my opinion a street car is as big as an engineering feet as the race car is if not bigger.

Now most of us are well and truly priced out of the race car realm. However, more than a few people have built cars that resemble many of the iconic race cars.

Problems start when engines and suspension systems are modified to meet race-car specifications. Lowering a car and adding bigger wheels and tires is one thing. But then the engine gets modifications. Big camshafts and oversized intake systems can have a negative impact on the car’s drivability. Especially on the street

Race cars run high RPM’s. This means usually big camshafts, large ports and valves, and long intake manifold runners. All of these items make it so the engine will produce its most power and torque at the higher RPM ranges. The issue is that this comes at a cost to lower RPM performance.

Over the years I have seen more modified cars in my shop with drivability issues that I can count. Owners can spend a lot of money to install performance parts. It costs a lot trying to match those race car parts. The problem is that the racing set up just does not work on a street driven vehicle.

Usually, my approach with these cars has to been to convert most of the car back to its stock configuration. Then correctly set-up everything the way it should be. For 90% of street drivers, a car set up and tuned to the actual current conditions will produce a fast, smooth, and reliable driving experience. More than once I have given a car back to the owner and have got the response “I didn’t know that the stock car could do that”, only because it was never really tuned or set correctly in the first place.

We all like a car that performs, and there is something about a car that just pulls away like a rocket ship when we stand on the gas. However, to modify a car and expect it to work on the street in a track configuration just really does not work. I had to learn this lesson the hard way. In my younger days, I too modified my car, big cam, big carburetors, racing clutch and it was a pig to drive on the street.

It wasn’t until I sold the car and the new owner had me de-cam it, put on the right size carburetors, and a standard clutch back into it. That first road test was such an eye-opener.

The car ran smooth and had plenty of power. It did not stall or back fire at low RPM and would pull away from a stop like it was supposed to. If I had known that the car would drive like that, I would never had modified it in the first place. I would probably still have the car today as well, as it was such a delight to drive after un doing everything I did.

So, my advice to you, think long and hard before buying all the go-fast parts. Everything has to work together and across a broad range of conditions. Do the math and make sure all the parts will work on a street application and keep it on the small side. You will save a ton of money and enjoy the car so much more.

Kurt Donohoe has had over thirty years’ experience in the automotive field. Starting in 1988 working for a BMW dealership, shortly before securing an apprenticeship with a Porsche Dealership. Kurt completed the Porsche apprentice training program and was awarded Porsche 2nd year apprentice of the year out of all the Porsche dealers in Australia in 1990. Kurt has founded two automotive repair shops specializing in German automobiles, specifically Porsche. He also founded a Porsche online parts warehouse and has designed and engineered several replacement parts for Porsche vehicles. Kurt is currently working on his latest venture for training mechanics and owners on how to repair vintage cars.
PrevPreviousThe 911 Timing Chain Tensioner, it’s history and future.
NextThe Difference between Ignition SystemsNext