What Makes a Good Diagnostic Mechanic 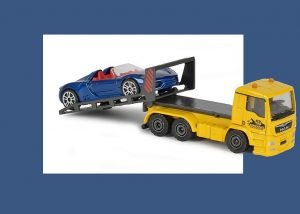 When a problem first arises with your car, most people will jump to any number of conclusions about what the problem is. Then the next thought that usually follows is” how much is this going to cost to me?”

So, what to do about it next? Do you try to resolve the issue yourself? Or do you take it to a shop to figure out what the problem is?

Doing it Your Self

Trying to fix your own car in the hopes of saving some money can often lead to it costing more in time and cash then you could ever imagine. Cars, even older ones are complex machines, that rely on multiple systems working together to be able to operate correctly. This means that depending on the problem being experienced it may not always be coming from where you think.

One of the most common questions I see when searching the internet is an owner that has asked the question “My car is doing (insert problem here), how do I fix it?”. Then I will read a dozen answers most of which make no sense at all. A few of the answers would result in further damage if you followed their suggestions. If you are at this point, then it is time to take the car to a qualified mechanic.

Diagnosing an issue with your car will often require specialized equipment. This equipment can be expensive and have a learning curve all of its own. I have seen a number of shops with thousands of dollars’ worth of equipment that they do not ever use. Mainly because no one has ever shown them how to use it.

As a DIY’er even if you know how to use the tools, the cost of specialty tools can put them out of reach. Another factor today is the availability of many of the older tools can be an issue.

Another popular method is replacing parts in the hopes that the problem will go away. This is probably one of the single most common methods that I see done by both shops and owners alike. It is also one of the most expensive ways to try and fix your car.

Guessing at what the issue is by replacing a part is never the answer. It can result in thousands of dollars in wasted time and unnecessary repairs. It also has an exceptionally low success rate. Sure, you can get lucky, but more often than not it just a waste of money.

There are two main types of mechanics. There are those that are really good and swapping parts. Then there are those that really understand the system that they are working on. Changing parts is an important job. It still requires a specific set of skills and the ability to use the right tools for the job. Usually in the shop environment changing parts is where you start. It gives you the opportunity to see the different systems and how they interact which each other.

It shows that you do not have to know how the system works to be able to fix it. 30 years ago, I visited a GM plant where they were assembling the 3.8L V6 engines. As the engines rolled down the assembly line things like the cranks, pistons and heads where being assembled into the engine block. The questions was asked, “how much training were these people given?”, the answer was usually less than a day.

This was because for that job they did not need to know how the engine worked or realistically that it was an engine. All they needed to know was that part “A” is attached to Part “B” in this way. When it is done correctly the end result will operate as designed. I have always said that anyone can put a motor together, but not everyone can make it run the way it should.

The second type of mechanic is the one that understands how the system works. This means that they can not only change parts, but also understand the bearing the part has on the overall operation of the vehicle. Every single part that is used in a vehicle has a purpose and a design. Being able to understand the purpose of each part and its role in the overall system operation is the only way to make informed diagnosis of a problem.

The single biggest thing that makes a good diagnostic mechanic is the ability to understand how the system works. The mechanic should be able to first confirm the problem. This is because not all issues are an actual problem with the car. Operator error or not understanding how to work a particular option in a car can result in the owner believing there is a problem when there is not.

Making a Plan to Diagnose

The first step is making a plan, this starts by talking to the owner. When did the problem start? Did anything happen right before things started to not work as they should? Did you use a different gas station? Has the owner or another shop attempt a repair or modification? Even if it seems unrelated to the current issue. These questions can point you in the right direction before you ever lay a hand on the car.

The next step is to pull the shop manual on the system you are working on. If the issue is a drivability issue, like a misfire under load or a hesitation under power you will need to see all of the systems that support that type of engine operation. If the problem is an electrical issue, you will need all the wiring diagrams with descriptions of each component in the system. For me if I am looking at a system for the first time and I am unfamiliar with it I will read the system overview located at the beginning of the section in the manual. This will usually get me up to speed pretty quickly.

With the plan in hand next comes the testing phase. For any system to function it will always rely on certain inputs to produce an output. For example, the CIS fuel injection system relies on a certain input fuel pressure from the fuel pump. The fuel pump relies on a certain voltage and amperage input to give the designed fuel pressure. So once the problem system has been identified I will always start with the input signals that it is receiving first.

If I use the CIS example and I find that my system pressure is low, so I install a new pump without doing any further checks. How ever the new fuel pump is still providing the same low fuel pressure? What if the wiring is bad or the relay is bad it may not be suppling enough power for the pump to reach full pressure. If I had checked the inputs first, I would have seen this  and realized that the pump was just responding to its inputs.

If all the inputs are correct now, I have to check the outputs. Using the CIS fuel pump example again the next thing in the system is the fuel filter. A blocked or restricted filter will result in low pressure. This means that the pump cannot supply its designed pressure because of a blockage in another part of the system. The whole purpose of testing is to confirm the problem, the first time.

The final step in the process is repairing the issue. This may be as simple as making an adjustment to a system or replacing a worn part. The biggest part of doing the repair is confirming the issue is no longer present. To do this is means running through the entire test plan one more time to ensure the repair has resolved the problem.

A good diagnostic mechanic needs to be a calm and methodical person. That is able to look at a system, understand what it takes to make it work and understand what the inputs and outputs should be. They need to be able to understand and use the right test tools to confirm inputs and outputs. They will never guess at what is wrong, though experience will help narrow the possible causes making the diagnostic procedure faster.

In my experience there are very few mechanics that are good at diagnostics. When I worked for the dealer out of 13 mechanics on the floor less than half were capable of diagnosing specific issues. It showed when a vehicle was towed in or suffered from a non-service related issue and who was assigned to locate and repair it. This does not mean that the other mechanics  were all bad, it just means that not all are cut out to diagnose.

Depending on the issue it can take time to locate the actual cause. In the mechanical business time is money. Often, the owner may not always understand that is can cost twice as much to locate the problem than it does to actually repair the problem. However, paying a competent and proficient mechanic that knows the product will always pay off in the long run.

Read about flat rate labor in our article

Kurt Donohoe has had over thirty years’ experience in the automotive field. Starting in 1988 working for a BMW dealership, shortly before securing an apprenticeship with a Porsche Dealership. Kurt completed the Porsche apprentice training program and was awarded Porsche 2nd year apprentice of the year out of all the Porsche dealers in Australia in 1990. Kurt has founded two automotive repair shops specializing in German automobiles, specifically Porsche. He also founded a Porsche online parts warehouse and has designed and engineered several replacement parts for Porsche vehicles. Kurt is currently working on his latest venture for training mechanics and owners on how to repair vintage cars.
PrevPreviousThe Parts Cleaning Process
NextWhy Auto Repair Shops don’t want you to bring your own parts.Next