Mileage, Is it really the best indicator of a Cars value? 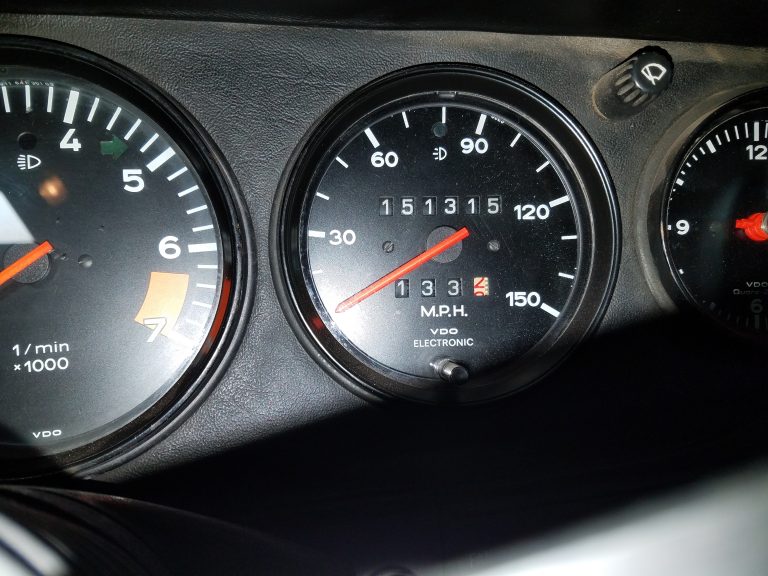 For years, we the American car consumer, have been told that high mileage on a car is bad, and the higher the mileage the lower the value of the vehicle is… but is that really the case when looking at a vintage or collector car?

Mileage is an indicator of not just the engine. Acar with 500,000 miles on it is most likely going to have some issues other than just a worn engine. Seats and interiors wear out, suspension parts wear, and even the body can show wear. A car body can form cracks due to repeated flexing from normal operation.

However, when we look at a vintage or collector car can we apply the same test or values to these cars? Often these cars are very desirable. In most cases, they are selling for more than they were originally sold for new. A lot of the time these cars were never driven daily even when they were new. And odds are the mileage shown on the clock is going to be lowish for its age. But is this really the best for the car or its longevity?

First, what is high mileage? If we look at averages the usual vehicle will drive between 10,000 to 15,000 miles a year, so if we take the average of those numbers, 12,500 miles, and multiply it by the age of the vehicle then we can get the normal mileage that should be on the car. So, if we look at our Volvo being that it is 24 years old it should have around 300,000 on the odometer with normal use. So, we can say that our Volvo is a high mileage car averaging 20,833 a year over the last 24 years.

Looking at a car with 300,000 plus miles on it I would expect to see some wear and tear. Realistically the car is going to need at least some repairs. If the vehicle was not maintained well, a total overhaul of all systems or restoration may be required. However, when looking at the collector car market it seems that these same values of the 300,000-mile car are applied to a car having 100,000 to 150,000 miles on them.

Effects of Mileage on Sale Price

Both cars were very similar in condition. And both cars needed similar repair/service work. Prior to being listed for sale, with the exception of the 86 model that had a major system overhauled, (transaxle was rebuilt).  So, the question I pose is the difference in mileage, approximately 74,000 miles, really worth $24,000?

In my opinion no. Looking at the repairs both cars had. Which were mostly minor oil leaks and service work both cars showed the same parts needing to be replaced.

Now both of these vehicles were German sports cars and are very well engineered and well-built cars. A lot of research and testing is put into the model by the manufacturer and both vehicles have a lot of life in them with their new owners without major repairs.

In my past 30 years of experience working on and restoring these cars, I have seen everything from the 500,000-mile daily driver. To the 3,000 miles left in storage car for 30 years. And I can safely say that if it was my choice I would take the higher mileage car over the 3,000-mile car every time.

Here’s why I would do that, the car that has been sitting in storage with very low miles on it, is like the ticking time bomb. Everything looks brand new and just like it was 35 years ago when it rolled off the production line.

However, once you get past the first hurdle of replacing all the fluids, tires, battery, and flushing the fuel and brake systems two things start to happen. First, often the owner is reluctant to use the vehicle for fear of putting more miles on the odometer and therefore reducing its value. The second issue is that if the car is pressed back into service, even light use, in a very short time things will start to break.

In a car that is used and maintained regularly (even a collector or vintage car that does minimal mileage a year) things move, and parts are lubricated by the mere use of the car. Usually, if something breaks or an oil leak forms, it is taken care of at the vehicle’s next scheduled maintenance.

The high mileage driver is also washed and cleaned, and the seats are wiped down with cleaner and or conditioner. All of this attention even in a car that only drives 1000 to 1500 miles a year will keep the car going longer and with a lower cost of ownership in the long run.

Comparing to a Daily Driver

Comparing the car above to the car left in storage is like night and day. If we take the fabled “Barn find” pull it out, clean it, service it and get it back on the road, that is just the start of it. After a short period of time, the engine will often develop oil leaks. This is because the oil seals have sat dry for so long without oil splashing over them to keep them lubricated. Dry seals will often fail with newfound use. Plastic parts inside the vehicle will tend to fail. This is from sitting for years without any use or cleaning/protective finishes being applied and time always takes its toll.

Suspension parts like shocks and bushings that have sat in one place for years without moving will also suffer from the same fate. I have seen shocks and struts that have less than 10,000 miles on them. Being replaced because the internal valving has deteriorated from age and lack of use.

Wiring/electrical issues are also common in cars that sit. Wires and connections corrode. Internal switch contacts can corrode. And because of the lack of use, the corrosion is never knocked off. Then it is too late and now the switch needs to be replaced. Storage issues can also be a problem as rodents always seem to like snacking on the electrical system.

I understand that there are exceptions to the rule. If you are looking at a car as an investment that you are unlikely to ever drive. Then, by all means, buy that barn find with low miles. However, like any machine, cars are designed to be used. If you actually want to drive your new collector piece and enjoy it then don’t disregard the higher mileage cars. In my opinion, you often get a better car that will have a lower cost of ownership at a better price to enter the market.

It is a good idea to have the car is checked out by someone that really knows the product before purchasing. You can do a leak-down test without even starting the car.

A car that has done a bunch of miles and has not been taken care of can end up being a money pit. Also, beware of the low mileage car that doesn’t show as low mileage. Excessive oil leaks, suspension wear, and bodywear or modifications will show you the car’s history, just so long as you look for it…

Kurt Donohoe has had over thirty years’ experience in the automotive field. Starting in 1988 working for a BMW dealership, shortly before securing an apprenticeship with a Porsche Dealership. Kurt completed the Porsche apprentice training program and was awarded Porsche 2nd year apprentice of the year out of all the Porsche dealers in Australia in 1990. Kurt has founded two automotive repair shops specializing in German automobiles, specifically Porsche. He also founded a Porsche online parts warehouse and has designed and engineered several replacement parts for Porsche vehicles. Kurt is currently working on his latest venture for training mechanics and owners on how to repair vintage cars.
NextPainted Fan Housings and Other Pet PeevesNext

5 thoughts on “Mileage, Is it really the best indicator of a Cars value?”