Replacing the fuel filter in a BMW 328X1 is a smelly job if you still have fuel in the tank! The filter is not in a fuel line, or in the engine bay, but part of the tank sending unit. The assembly covers the fuel tank level, fuel filter, and fuel pressure regulator.

BMW has a neat trick, when you open the doors, the fuel pump activates to prepare for a start-up. Not so good if you have a fuel line disconnected!

Why do you disconnect the negative first? By removing the negative battery cable you are disconnecting the battery from the chassis of your vehicle. If you remove the positive side before the negative and your wrench makes contact with any part of the vehicle, then you could cause a short in the system.

Just lift up on the front edge of the rear seats and they will come out. Feed the seat belt stalks through the holes and remove the backseat completely.

You will see two round covers. To replace the filter you will need to open both sides. After using a 10mm socket to undo the nuts holding the plates, unplug the electrical connections. Press a tab on the side to remove the electrical plugs.

The fuel line should come off by pushing the fuel line in while pulling the outer part forward. Sometimes you may need to push in with a small screwdriver. This particular fitting was not co-operating so it got broken in the process. The new unit has a new fitting.

Fuel will spill at this time so have a rag ready to soak up any spills.

The ring around the assembly is actually a big nut and it will unscrew. Take care and do not use too much force when loosening this nut. There are special tools for doing this, and if you have one, great!

We started undoing the nut with a mallet and pry bar, moving onto two tools to wedge on the tangs. As you can see, you should be able to unthread it by hand once it is started.

The best tip we can give you today is to use a piece of string to tie to the fuel lines. Let this string go through the tank as you pull out the fuel filter from the other side. You will save a lot of time using the string rather than try to fish the new lines back through!

Tie your string around the new lines. Make sure you loop it over the fitting so it can not come undone. Have a friend feed the hoses back through. Do not undo the string till the unit is in the tank correctly.

It is a little trick to work all of the hoses and the float level into the fuel tank. Keep working, try starting from different angles, be careful not to bend the float arm.

When you get the assembly in, look for any hang-ups and make sure that the top locks into the holding ring in the right place. There is a tang to locate it.

Return to the pump side and connect all of the fuel lines. Do not forget to plug back in the lower electrical plugs. Locate the pump assembly back in the tank. Put on the big holding ring and tighten with the two-tool method again.

Plug in the rest of the electrical connections on both sides

Before you put on the covers and the seat, it is good to reconnect the battery and start the car. You may experience some delays as the fuel has to get through the system.

After you have confirmed no leaks or problems, go ahead and finish up.

Like most people with older cars, we wanted to save some money on this repair. We purchased a no-name filter assembly and when it was installed in the tank the tank fill gauge read incorrectly. We tested the circuit and checked that it was not hung up back in the tank.

Next, after about 5 minutes of run-time, we tested the fuel pressure. Part of why we changed the fuel filter assembly was chasing down a surging problem. The fuel pressure was too high. The pressure regulator and fuel check valve are part of the assembly.

The aftermarket part had failed, the car was losing fuel pressure. It showed up in a hot start, it would not start. Overall we were very disappointed with the aftermarket part, and any savings were gone from doing the job twice. Not to mention more down-time on the car!

We had to remove the whole fuel filter assembly. And we replaced it with an OEM part, (original Equipment Manufacturer).

The cheap unit also came with regular rubber seal orings instead of Viton sealing orings. Rubber does not hold up well to fuel. We felt much more secure in the job after we removed the poor quality part.

So lesson learned, again! Doing the job once was not the funnest thing to do, but doing it twice was even less fun. 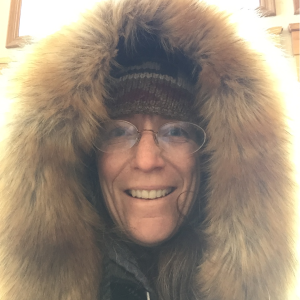 Entering the automotive field after a career in commercial art has given Sarah a different perspective. Working on sculptures, large and small has given Sarah a greater appreciation of the fine lines and aerodynamics of Porsche cars. Working in the Porsche parts business for a decade has led to a deeper understanding of what it takes to keep them on the road.
PrevPreviousFloats To Engine Ready. How To Assemble Your Weber Carburetor, Part 3
NextSump and Strainer Plate. How to Rebuild Your Air-Cooled Porsche.Next